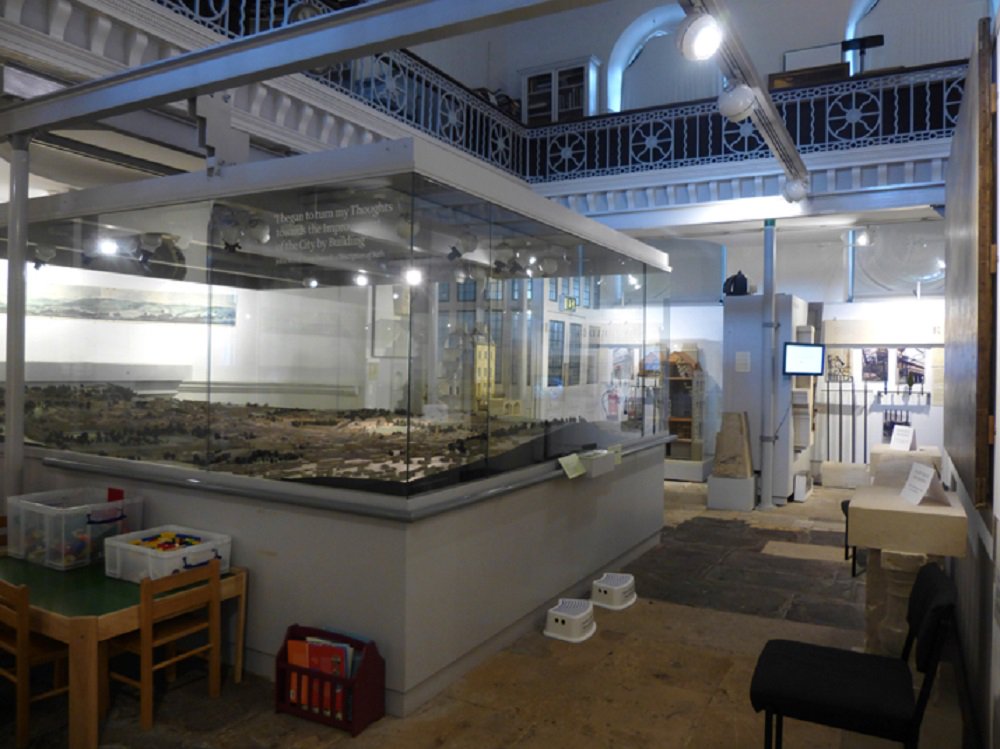 The Museum of Bath Architecture uses maps, models, designs, drawings, videos, paintings and tools tell the story of how eighteenth century architects and craftsmen helped turn a small medieval walled town into the destination of choice for Georgian high society.

Celebrating the distinctive Georgian architecture that makes Bath so special, and which has contributed to it becoming a UNESCO World Heritage Site city, highlights of the museum include a 1:500 scale model of Bath, giving a miniature birds-eye-view of the whole city.

Just a short walk from many of Bath’s famous architectural treasures including the iconic Royal Crescent and The Circus,  this a destination not to be missed. The museum welcomes visitors of all ages and offers changing exhibitions, exciting events and concerts: you’ll want to come back time and time again.

“This made me fall in love with architecture all over again. The sheer volume in craftsmanship had been beautifully captured!” 5 May 2019 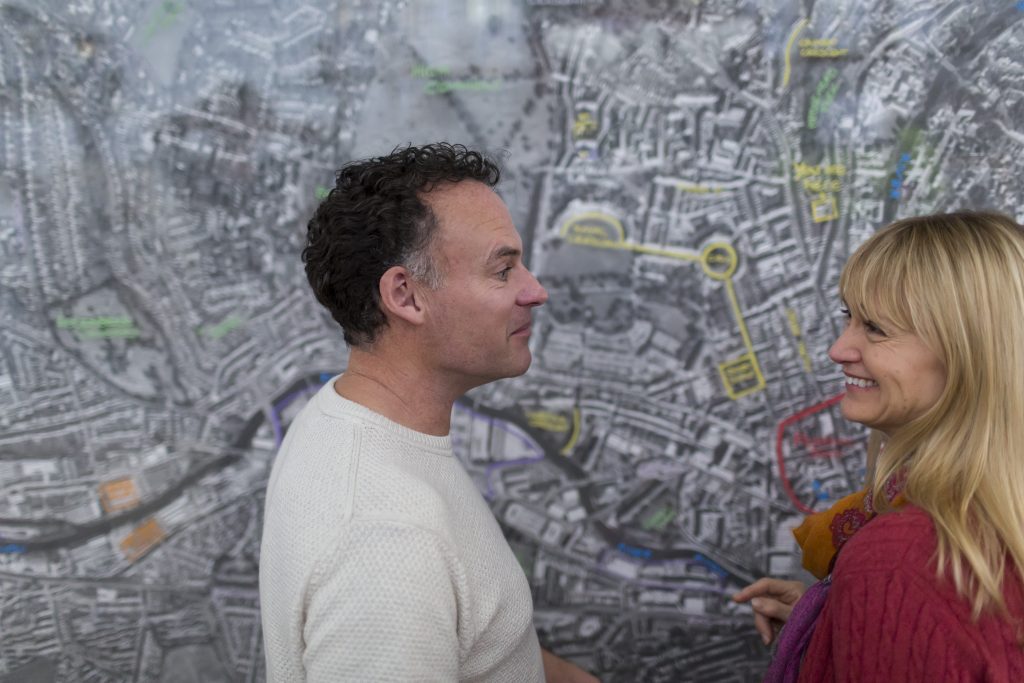 The Museum of Bath Architecture will reopen by appointment from July 2021. Discover the stories behind Bath’s famous architectural treasures including the iconic Royal Crescent and The Circus, while seeing them for real just a short walk away.

How to find us

The Museum of Bath Architecture is located at the Countess of Huntingdon’s Chapel which is accessed via a raised pavement from the Paragon. From the raised pavement there is level access to the exhibition space. The nearest publicly accessible disabled toilet is located in the Assembly Rooms which are run by Bath and North East Somerset Council.

From No. 1 Royal Crescent to the Museum of Bath Architecture.
Proceed along Brock Street into the Circus and exit left into Bennett Street. At the junction with Lansdown Road turn right and cross turning left into Hay Hill and at the bottom left again into The Vineyards, which is part of The Paragon. The Museum of Bath Architecture is on the left-hand side. Approximately a 10 minute walk.

From July, we will be delighted to welcome small groups at all four of the Bath Preservation Trust museums. So that we can ensure that your party can make the most of the visit we always ask group organisers to book in advance.

Groups at the Museum of Bath Architecture

Enjoy an exclusive visit to the museum from July.  Larger groups will be asked to stagger their entry to manage social distancing and adhere to the guidelines of only 6 people in each smaller party.

We can offer a guided tour with one of our experts from July.  Talks and tours can be tailored to your specific interests. Please enquire for more details and prices.

The nearest coach stop to the Museum of Bath Architecture is on Lansdown Road and visitors walk to the Museum via Hay Hill (5 minutes). Coaches must disembark their passengers quickly and then move on as there is no official setting down point here.

At Home with the Georgians

At No. 1 Royal Crescent and at the Herschel Museum of Astronomy at 19 New King Street you can explore life in a Georgian house from one of the grandest addresses in Bath to a more modest home for the ‘middling sort’.  Visits to these museums provide a fascinating insight into day to day life in the 18th century and your group can explore how different life was above and below stairs and how many tasks and issues are common to those of today.

Useful information  –  Groups can walk between these museums through Royal Victoria Park. We can provide information on coach drop off points and places for refreshments or lunch.

In the 18th century Bath became the most sought after place in Britain outside London and, from the 1720’s, the demand for high quality houses for the fashionable and elite meant the city expanded enormously increasing from a population of c.3,000 in 1700 to almost 30,000 in 1800. No museums illustrate this growth better than the Museum of Bath Architecture, the grand house at No. 1 Royal Crescent, the more modest house at 19 New King Street (home to the Herschel Museum of Astronomy).

Useful information  –  Groups can walk between these museums but we are happy to provide a guide to lead them and providing information en route on some of the city’s architectural masterpieces such as The Circus and Assembly Rooms. Please contact us for details on costs. We can provide information on coach drop off points and places for refreshments or lunch.

Bath and the Enlightenment

The ideas and practices of the Enlightenment touched Bath in many ways including science, philosophy and culture.  In 1766, William Herschel arrived in Bath and the following year he was appointed Director of Music in the city. His interest in astronomy also developed and in 1781, the garden of his home in New King Street became the site of the discovery of the planet, Uranus. This was a major event which rocked the astronomical community and brought Herschel immediate recognition as a serious scientist.

The prolific collector, William Beckford, arrived in Bath in 1822 acquiring a house in Lansdown Crescent and the land behind to construct a mile long ride with beautiful gardens to the hill’s summit where he built a remarkable 120 foot high tower with far reaching views of the countryside to house his collection.

Visits to the Herschel Museum of Astronomy and Beckford’s Tower will provide an insight into these two fascinating men of the Enlightenment and their lives in Bath.

Useful information  –  Groups will require their coach to transport them between these museums and coach setting down points will be advised. If required, we can also provide suggestions for places to have lunch and there is the option to add a guide to accompany the group between the two museums.

For more information on these tours please contact us via email

Families with babies and young children

Museum of Bath Architecture is welcoming and inclusive to everyone who visits the museum, including parents or guardians visiting with babies and young children.

Buggy parking is available. Breastfeeding and bottle feeding is allowed anywhere where there is visitor seating within the museum. Should parents require more privacy, please ask a member of staff on arrival who will be happy to assist in finding a quiet spot.

Baby changing facilities are situated in the Ground Floor toilet. This toilet is not accessible to wheelchairs. 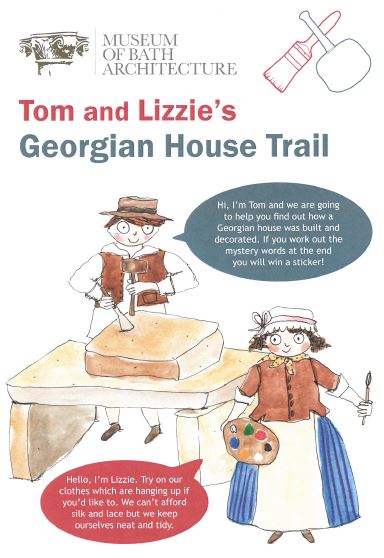 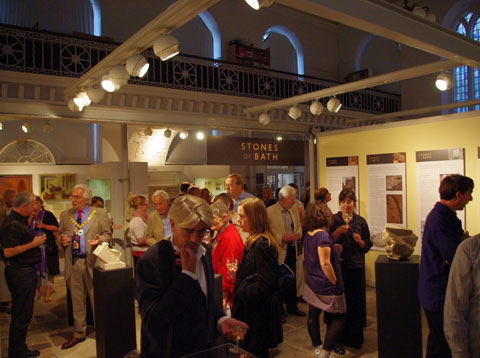 The chapel at the Museum of Bath Architecture is a beautiful space in which to hold meetings.  The space is available for hire any day of the week including evenings.

In line with current guidelines, we can host meetings for up to 30 people with social distancing in place.

Our staff can assist you with your planning. For further information please email us after lockdown.